Motivation sort of comes and goes for me. When I started getting back into shape in 2013 I figured out that I need some ridiculous goal to keep me motivated. Being sort of terrified that I might not achieve the goal was also kinda helpful. Fear, as it turns out, is a great motivator. Thank you to my amygdala for that, I guess.

Since swimming, riding, and running my way across that finish line in Augusta in 2014, I’ve logged thousands of training miles in the service of different goals. When I talk about theories of motivation in my psychology classes I regale my students with practical examples from goal setting theory and how it applied to my preparation for that first Ironman 70.3.

Ever since I walked across the finish line at a 50 mile run in February of 2018, motivation has been missing. Running (and walking and crawling) 50 miles takes a long time and gives you plenty of time for soul-searching along the way. As daylight gave way to the darkness of night and my energy continued to wane, I had ample time to think about how much not fun it is to feel like you need to throw up for 7 or 8 hours while you continue to run and walk and stumble your way up and down pitch black trails in the middle of a forest in the middle of nowhere in the middle of Florida.

The biggest take away from that experience was that grapes are no friend of mine after several hours of running. They are now on the “do not eat” list with carnitas burritos. A lot of people just sort of take for granted that carnitas burritos wouldn’t be an optimal fueling strategy for a day of running, I went ahead and tried it out though and 100% can confirm that it isn’t the best idea.

A lingering question from that experience was the eternal question why. Why do I want to run 50 miles, or 100 miles? Why do I get just a little too excited when I read about some ridiculous trail race across the state of Florida? Because I am more than a little insane, I suppose.

After my 50 miles of fun in February of 2018, I basically took the rest of the year off from any real training. I still rode the bike most days and even convinced myself that I should try and race 50km in December, despite not actually training for it. Turns out you should be at least a little bit afraid of 50km, while I have never DNF’d a 50km I probably should have in 2018. I had the good sense to realize in the first few miles that I was working much too hard to complete the whole race in my goal time. I pulled back and decided to focus on in-race recovery and finishing the race stronger. Somewhere in the middle of those 53,000 steps my legs decided to stage their own little rebellion against my horrid lack of preparation. My knee was super unhappy with me when I finished. As I’m writing this it is still giving me some reminders of that cool, wet day in December.

After that setback I basically took most of 2019 off. More random cycling and some occasional running sprinkled throughout but no real direction.

This year I thought I should probably make a more concerted effort to get back into shape, despite some minor setbacks like a twisted ankle and lingering knee pain, I am now in week 3 of my training plan for the next edition of the Guana 50km trail race. I have missed having a plan.

There are plenty of things in the world that we can’t control, even things in our own body don’t always cooperate, but generally training is that thing that I can make sure happens. That is strangely (or maybe not) a very calming thing. Even when my first run of week 2 was an off effort, I was able to scale back my effort on some other workouts and still complete all of my important workouts in fine form. Huzzah. I was entirely too happy to complete a 90-minute run last Sunday. But it all feels like improvement.

I have a tendency to try and use endurance sports as a metaphor for life. There’s all sorts of lessons we can learn while preparing for races that transfer to other aspects of our life. Having a plan and trusting it turns out to work in real life just as well as it does in endurance training, who would have guessed? So hopefully the next 12 weeks sees more improvement, I’m confident I can have a good race and who knows what else I can accomplish along the way… 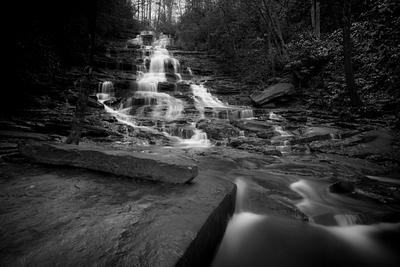